Territory and the Self

There is something special in the way that humans own things. Other animals can use objects as tools, and may even keep useful objects for future use, but human ownership goes further than this. Owning an object grants it a special property of being ‘mine’, even if I am not currently using it or if it is outside of my possession, as though this ‘mineness’ were some intrinsic property of the object.

This sense of ownership carries with it several benefits for the object in terms of object processing. Owned objects are preferred, valued, and remembered over unowned objects, and ownership can even affect the low-level motor characteristics of how people interact with objects and other people. Owned objects are also easier to identify and respond to.

Such effects are typically characterised in terms of self-to-object relationships, and can often be thought of as anchored to the object in question. However, humans live in a complex social environment where not just objects can be self-relevant: we can also attribute that same sense of ownership to spaces, such as homes or offices or even smaller spaces such as shelves in a shared kitchen cupboard. Such owned spaces, or territories, share properties with owned objects - they remain ‘mine’ even if I am not physically present, and grant a jurisdiction over objects within that space, merely as a consequence of being owned.

Recently, I published a study (Strachan, Constable & Knoblich, 2020) investigating how this sense of space ownership or territory could be induced in an experimental design and how this minimal sense of territory affected the classic self-prioritisation effect for owned objects. Objects belonging to a participant or to somebody else appeared above baskets belonging to the self or to the other, into which people were instructed to sort them. Participant’s owned objects were indeed responded to faster than objects belonging to somebody else, but only when they appeared above their own basket, suggesting that the location that the object appeared was playing a moderating role on the self-prioritisation effect.

With my colleagues Dr. Merryn Constable and Dr. Jason Rajsic, I have been exploring this mediating role of territory further. We are interested in exploring how mere ownership of a space or territory affects the processing of objects within that space using a combination of behavioural and electroencephalographic (EEG) measures of brain activity to dissociate attention-based processes from action selection and execution. 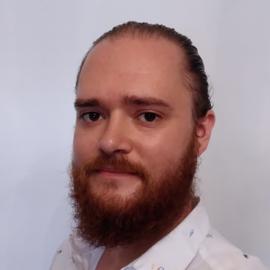 It Goes With the Territory: Ownership Across Spatial Boundaries
Owning an object makes it special to us, and people identify objects they own faster than objects they do not; this has typically been assumed to be a general feature of object processing—that is, an object that belongs to you will be subject to a general advantage in processing by virtue of its ownership status. We show that, contrary to this assumption, this general processing advantage depends heavily on where the object appears; owned objects are not processed faster if they appear outside one’s own space. This gives important insights into how ownership and self-relevance, which are usually studied in simplified laboratory environments, might operate differently in more complex real-world environments where space itself can be owned.
Strachan JWA, Constable MD, Knoblich G
PDF Cite Dataset Project Poster Source Document DOI